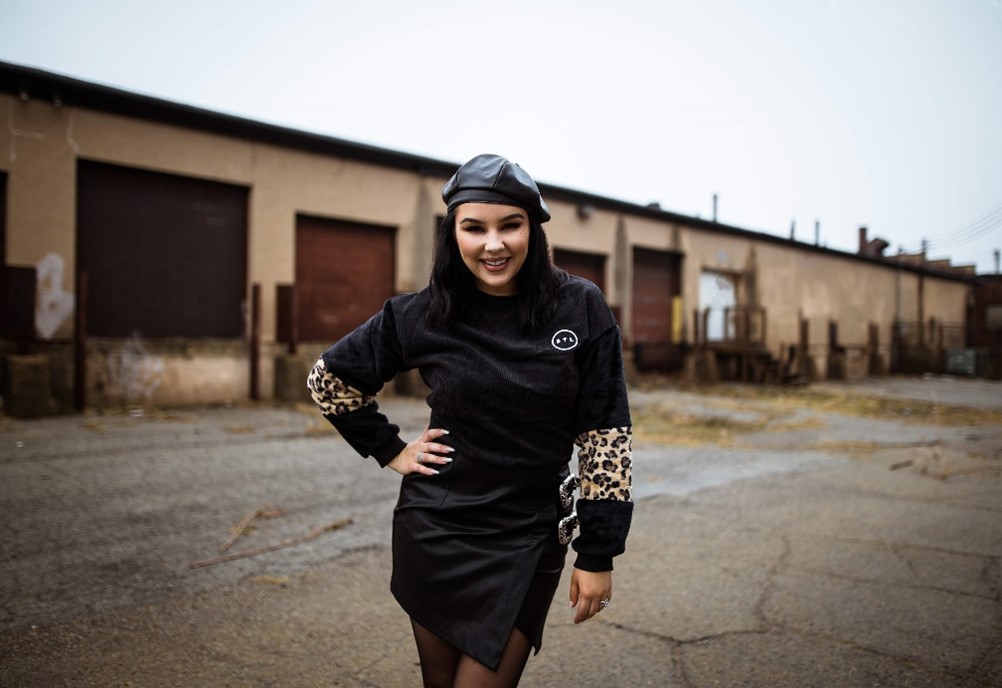 Christina was born and raised in a small suburb of St. Louis, MO.   Her love of entertaining started with her first dance class at age 2. From there she grew to develop a love for all the arts: singing, acting, dancing, and musical theatre.

Christina can be seen in the Oscar Winning movie “A Star is Born” and countless TV performances such as the Super Bowl 51 Half Time Show, Victoria’s Secret Fashion Show, MTV VMAs, Saturday Night Live, Dancing with the Stars, American Idol, American Music Awards, David Letterman, The Tonight Show with Jay Leno, The Voice, America’s Got Talent, Teen Choice Awards, VH1 DIVA’S Live, BET Awards, So You Think You Can Dance, BET 106 and Park, George Lopez, NBA All Star Game,  Kids Choice Awards, Monique, The Disney Channel, Toyota and Apple Commercials, & many others. You can also see her in videos such as: Lady Gaga and Ariana Grande “Rain on Me”, Lady Gaga “Stupid Love”, “John Wayne”, “Applause”, “Bad Romance”, “You and I”, “Marry the Night”, Enrique Iglesias “I Like It”, Keri Hilson’s “Pretty Girl Rock”, “Lose Control” and “Love Me”, and All-American Rejects “Beekeepers Daughter” to name a few.

She was assistant choreographer for the Disney TV show “Shake it Up” as well as numerous Disney videos. She worked in the country of Colombia filming many commercials that have aired worldwide! She assisted choreographer Richard Jackson for several projects including artists Priyanko Chopra, Will I Am, JoJo and Matisse. Christina has also been assistant choreographer on countless TV shows such as ABC’s Castle, MTV’s ABDC, ABC’s Cristella, NBC’S THE SING OFF, award shows, commercials, and Disney Channel. She assisted the legend Michael Rooney, as well. She also was asked, along with choreographer Rosero McCoy, to teach and dance with First Lady Michelle Obama for a promo tour!

Christina has a passion for teaching and spreading her knowledge of the entertainment industry and “What it Takes” to maintain a successful career. She feels passionate about bringing back what it “really” means to dance, the benefits knowing the history of dance brings, and what “true” performing as an individual entails. After working with Christina, you will be left with a better understanding of performing with individuality and confidence. She conveys this not only through teaching but through working as a judge at competitions as well.

Christina looks forward to spreading her knowledge of the entertainment industry to both the existing and upcoming generations!